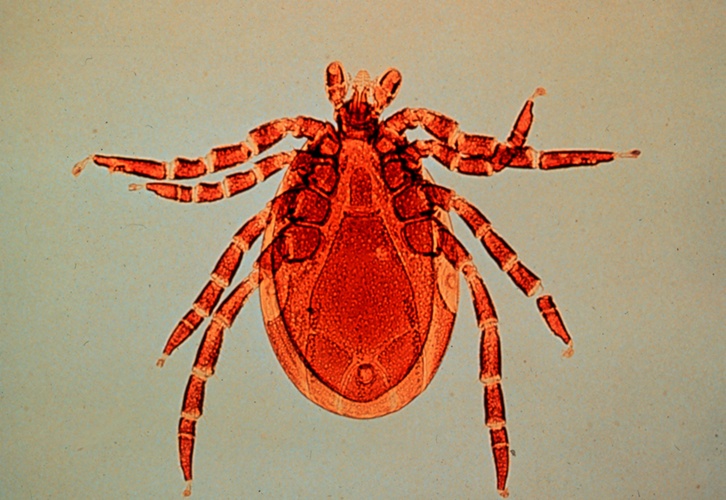 Would you be surprised to learn that ticks, not mosquitoes, transmit the most commonly reported vector-borne disease in the United States? Lyme disease, an illness characterized by headaches, dizziness, body pain, and a telltale circular red rash, occurs when ticks infected with the bacteria Borrelia burgdorferi latch on to an unsuspecting victim. For any outdoor enthusiast, Lyme disease is a daunting risk, especially in the wooded areas of the northeastern United States.

Although over 304,000 cases of Lyme disease were reported to the Centers for Disease Control between 1995 and 2009, no vaccine is available on the market today. Two Lyme disease vaccines using a protein called Outer Surface Protein A (OpaA) were available for a short time in the late 1990s from two large pharmaceutical companies, but have since been discontinued, reportedly due to low market demand.

In this month's issue of Carbohydrate Research, researchers from the Program in Developmental and Molecular Immunity at NICHD in collaboration with an NIAID researcher present a new vaccine candidate based on carbohydrates rather than proteins1.

The team takes advantage of a series of complex molecules containing both fats and carbohydrates, called glycolipids. In previous work, the researchers identified a set of glycolipids present in B. burgdorferi, dubbed palmitoyl/oleoyl-galactopyranosyl-cholesterol (BBGL-1) and galactopyranosyl-di-O-acyl-glycerol (BBGL-2) 2 . Following the successful synthesis of an experimental glycolipoprotein vaccine against Lyme disease using BBGL-13, the group now turns their attention to BBGL-2.

"[BBGL-2] occurs on the surface of the bacterium, and there are numerous cases in which bacteria surface components prove to be excellent candidates for vaccines," explains Dr. Vince Pozsgay, lead author of the study.

Pozsgay describes two challenges: First, they must obtain enough BBGL-2 for study. "I think this is a very important point. Even though [BBGL-2] occurs on the bacterial surface, you have to grow enough bacteria so that you can extract sufficient amounts of the candidate vaccine component," something that is not an easy task with this organism, says Pozsgay. Second, Pozsgay explains that isolation of BBGL-2 analogs (compositions of the glycolipid that have slightly different structures) in the pure form needed for immunologic characterization "is a real challenge."

To provide sufficient amounts of pure BBGL-2, the team turned to chemical synthesis. Using methods of organic chemistry, they generated different versions of the BBGL-2 glycolipid analogs. By testing the ability for each analog to bind BBGL-2-specific antibodies, the group found a candidate BBGL-2-based vaccine containing the minimal structural features required for recognition by the immune system.

The team is now testing the immunogenicity of their candidate vaccine in mice, with the generation of a new vaccine for human use as the ultimate goal. Of course, BBGL-2 is a novel vaccine target in the early stages of development, but Pozsgay believes the results from the study are indeed promising. "You always hope, of course, but this is a work in progress!"

In addition to Pozsgay, Joanna Kubler-Kielb, Bruce Coxon, John B. Robbins, and Rachel Schneerson from NICHD, along with Adriana Marques from NIAID, are authors on the study.