Impostor Syndrome: No You Are Not a Fraud 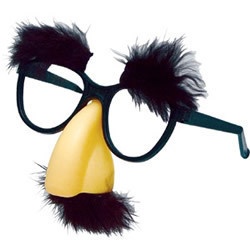 Do you feel like you are not as bright as people think you are or that you do not deserve the success or the academic levels you have achieved? If you answered "yes," you may have experienced “impostor syndrome,” also known as impostor phenomenon or fraud syndrome.

Impostor syndrome is a psychological phenomenon, defined by the Caltech Counseling Center as “a collection of feelings of inadequacy that persist even in face of information that indicates that the opposite is true.”1 Psychologists Dr. Pauline R. Clance and Dr. Suzanna Imes first coined the term in a 1978 article in Psychology and Psychotherapy: Theory, Research and Practice. The two observed that many highly accomplished women believed they were not actually smart and had fooled anyone who thought otherwise.3 Impostor syndrome can manifest itself in several ways, including feeling like a fake, attributing success to luck or timing, or discounting success.

Often, impostor syndrome is associated with high-achieving, highly successful individuals. People in diverse fields, such as acting, teaching, academia, and the social sciences all may suffer from impostor feelings. Golden Globe and Academy Award winner Kate Winslet once said, “Sometimes I wake up in the morning before going off to a shoot, and I think, I can’t do this. I’m a fraud.”2

This idea did not seem unusual to me or uncommon in our scientific field. To assess how much impostor syndrome might affect our own NIH community, I questioned 18 of my colleagues—90 percent of whom have higher education degrees—about their own experience with impostor syndrome. When I defined its characteristics, 67 percent identified with the phenomenon. As I went into more detail, many said: “How did you know exactly how I felt?”

While my sample suggests that men experience impostor syndrome as often as women in our community, it may affect life outside the lab more often for females. Less than half of the men thought that impostor feelings affected their personal lives, but more than 73 percent of the women thought it did.

Some psychologists posit that imposter syndrome originates from childhood experiences. For example, sibling rivalry may create a situation where a person, regardless of what he or she accomplishes, sees the sibling as the “smart one.” The person will then be driven to find ways of getting validation for his or her intellectual competence. Family expectations may also feed impostor feelings. A person may begin to distrust their family’s perceptions of their competence and start to doubt him or herself. A postdoctoral fellow in NICHD emphasized, “In basic research, the reward is very scarce. which leads to frustration,” creating impostor feelings.

Many high-achieving people with impostor syndrome have trouble acknowledging their own accomplishments. According to Joyce Roche, author of The Empress Has No Clothes: Conquering Self-Doubt to Embrace Success, the first step to alleviating this syndrome is to avoid destructive thoughts and become aware of impostor feelings.4 “I try to remind myself of recent successes in my career, and through that reinforce the positive attitude,” said a fellow NIH scientist. Another fellow suggested that keeping a written record of positive feedback about your competence can help.

Additional tips and career-related coaching can be found in the award-winning book The Secret Thoughts of Successful Women: Why Capable People Suffer from the Impostor Syndrome and How to Thrive in Spite of It by Dr. Valerie Young, who is scheduled to speak in Washington, DC, this July.

Self-recognition can be difficult, especially if the roadblock is you. So, do not doubt your own abilities, and do not fear to embrace success!

Read more about how to combat impostor syndrome in these two great books: