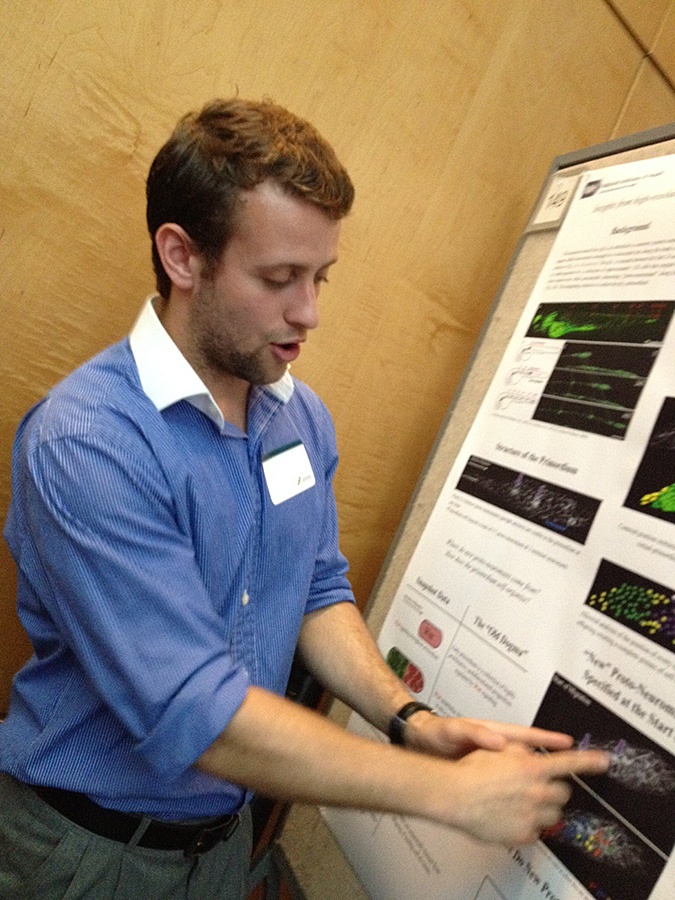 Each year, postbacs from across the NIH gather at the annual postbac poster day to share their research with the NIH community. We are excited to announce that a total of seven NICHD postbacs received a best poster award. To honor this achievement, the NICHD Connection invited the winning postbacs to publish a synopsis of their research. Read below to learn more about the award-winning studies from several of our winners!

Presenting this year’s NICHD awardees and their work:

Osteogenesis Imperfecta (OI), or brittle bone disease, is a genetic disease that is characterized by susceptibility to fractures, bone deformity, and short stature. Most cases are the result of autosomal dominant mutations in the type 1 collagen gene, meaning anyone who inherits a copy will have the disease. Less common cases of OI result from mutations in other genes that code for proteins that interact with collagen. These types are often recessively inherited, requiring two bad copies of the gene in order to have the disease. OI has a broad range of severity, ranging from mildly deforming to lethal, and a multitude of new genes have been recently discovered.

After analyzing the collagen biochemistry of the seven patients, four were found to be abnormal. We sequenced the DNA of the four patients and found that each had an OI causing mutation in the collagen type one gene.

We found that the remaining three patients have normal collagen biochemistry. I performed tests to rule out some of the less common causes, but have yet to determine the OI causing mutation. In the future, techniques such whole exome and next generation sequencing will be useful to determine the genetic cause of these patients’ OI. 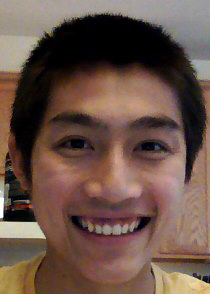 One often hears of dopamine in popular culture as being a mood-boosting chemical. But in addition to its emotional role, it is responsible for motor control and various cognitive functions. In the neurological disorder Parkinson’s Disease (PD), midbrain dopaminergic (mDA) neurons are lost, resulting in impaired voluntary movement and a range of other symptoms. Thus, there is great interest in making mDA neurons in a dish, using advanced stem cell technologies, to replace the lost cells.

I study the early development of mDA neurons in the mouse model system. These neurons arise from a region of the developing brain known as the ventral mesencephalon (vMes), which requires a complex interplay of signaling pathways to properly generate the various cell types that eventually make up the adult midbrain.

One of those pathways is Sonic Hedgehog (Shh) signaling. During neural development, Shh acts in a concentration gradient to specify different neuronal identities. However, there is increasing evidence that the timing of Shh signaling is important as well. A former graduate student, Lindsay Hayes, found that Shh signaling is only transiently present in the vMes but is absolutely required for mDA neuron development.

We wanted to know what would happen if we sustained Shh signaling past its normal window. Initial attempts using existing genetic tools were unsuccessful. Thus, we generated a novel mouse line that conditionally produces a constitutively active form of Gli2, the main transcriptional activator of Shh signaling. Preliminary results confirm that this version of Gli2 can potently activate Shh target genes. We are currently analyzing the effects of prolonged Shh signaling on the development of the vMes and mDA neurons.

By unraveling the precise temporal requirements of Shh signaling, we can improve cell replacement strategies for PD and attain proper mDA neurons with greater efficiency. This would be a small but critical step in finding a cure for PD.

Pregnancy is a vital time for both mother and baby. Researchers have conducted numerous studies to determine what factors affect the result of having a healthy baby. Weight gain during pregnancy is one of those factors of interest. To date, studies have shown a positive association between the total weight that a woman gains during her pregnancy and infant birthweight, which is an important predictor of short- and long-term morbidities for the child. However, there have been few studies that have assessed how maternal weight gain throughout pregnancy corresponds to the growth of the fetus during gestation, which could be informative for planning weight gain interventions and understanding the etiology of the observed associations with birthweight.

In our study, we examined the association of weight gain across pregnancy with fetal growth. We also analyzed how changes in the rate of maternal weight gain impact the probability of a mother having a small-for-gestational-age (SGA) fetus (defined as an estimated fetal weight less than the 10th percentile of a reference population).

Our study consisted of 1,763 pregnant women from Norway and Sweden from 1986 to 1988. The research team performed ultrasounds at four targeted study visits at 17, 25, 33, and 37 weeks of gestation. At each visit, we used biometric measurements of the fetus to calculate an estimated fetal weight. Maternal weight was abstracted from a woman’s antenatal personal health record for a total of up to 21 instances.

In order to analyze the data collected, we used several novel statistical techniques to ascertain results. One of the most important statistical methods we used was the linear mixed model. The linear mixed model allows for us to precisely estimate each individual woman’s weight trajectory as well as her estimated fetal weight trajectory. We then used traditional correlation analysis to examine for association between these mother-fetus trajectories.

A Mutation, a Blood Disease, Two Cancers, and Many Questions 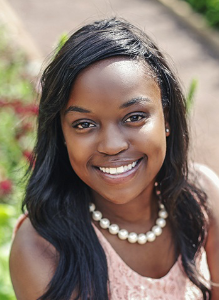 Neuroendocrine tumors (NETs) are abnormal formations of tissue that originate from both the endocrine (hormone-secreting) and nervous systems. Except in cases where there is a known family history, it is very rare and unlikely that an individual will develop more than one type of NET. But that is not the case in a syndrome that Drs. Karel Pacak and Zhengping Zhuang, along with their inquisitive team of collaborators, recently identified.

In this syndrome, recently suggested as the Pacak-Zhuang syndrome, patients are found to have genetic mutations that overactivate hypoxia-inducible factor 2α (HIF2A), a transcription factor that turns on oxygen related genes. Beginning from an early age, patients are found to have secondary polycythemia and usually experience flushing and itching from abnormally high levels of a hormone that affects red blood cell production, requiring frequent phlebotomies. Patients then develop paragangliomas, NETs arising from the adrenal gland that affect multiple parts of the body. Patients next develop somatostatinomas—NETs arising from the lining of the digestive tract. While somatostatinomas are known to affect both the pancreas and gastrointestinal tract, individuals suffering from this syndrome only develop tumors in the second portion of the duodenum.

This syndrome was initially described in two patients in The New England Journal of Medicine in 2012 and was later expanded with newer findings reported on an additional two patients in the Journal of Clinical Oncology. Due to its novelty, many questions are still unanswered. With a larger cohort of patients, our group is currently looking into how to better characterize this syndrome. Some questions we are curious to answer are how mutations in HIF2A arise, how these tumors evolve over time, and if unique therapies exist that can be personalized to patients suffering from this particular set of disease entities.

Where Would You Be Without Transposons? 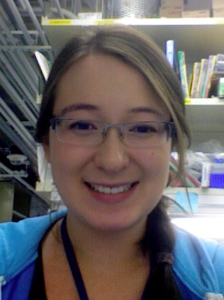 How do cells regulate genetic diversity during times of environmental stress? The answer may be in transposable elements. Retrotransposons, a type of transposable element, are mobile portions of DNA that are able to move from one location to another in a host genome through an RNA intermediate. The retrotransposon of interest in our study is Tf1, which is unique to Schizosaccharomyces pombe, a species of yeast. The lifecycle of Tf1 is of particular interest as it mimics the lifecycle of many retroviruses, such as HIV-1.

To identify host factors responsible for Tf1 integration, we conducted a systematic screen of S. pombe lacking each non-essential gene. Through the use of genetic assays that measure levels of transposition (integration) and homologous recombination, we identified 116 candidate genes as contributing specifically to integration. The identified candidates have diverse functions relating to DNA repair (particularly post-replication repair), chromatin modification, nucleosome assembly, transcription factors, as well as cell cycle regulation.

I performed quantitative assays on the 116 candidate strains measuring levels of homologous recombination to determine whether cDNA is produced and delivered to the nucleus. I have found that the amount of cDNA present is near wild-type levels in these candidates that are defective for integration, demonstrating that the defects are at the integration step and not in cDNA production and delivery. I also conducted complementation rescue experiments to validate genes of interest, and have validated a specific histone variant as contributing to integration.

Understanding which host factors mediate integration is crucial as it may facilitate further understanding of retroviral propagation and targeting of integration sites in infection.