NICHD Mentors of the Year for 2014

The NICHD Mentor of the Year Award is an opportunity to recognize individuals whose mentoring has made a difference in someone’s life at NIH. The two mentoring award categories are fellows and investigators. Nominations were invited from all trainee groups in NICHD, and each nominator had to write a statement, on which the selection committee based their decisions. The selection committee included NICHD clinical and postdoctoral fellows, and postbac fellows.

For the fellow mentoring award, there were two finalists: 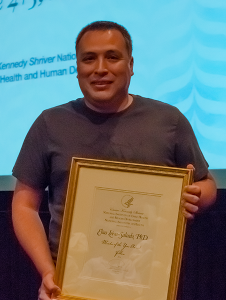 And the winner of this year's fellow Mentor of the Year award is Dr. Elias Leiva-Salcedo (pictured at right).

“Dr. Leiva-Salcedo consistently shows patience and generosity with his time and resources while teaching me how to collect high-quality, reproducible data and develop concise, testable hypotheses. I have learned many life lessons regarding scientific integrity and perseverance in the midst of difficulty. The mentorship provided was particularly noteworthy as Dr. Leiva-Salcedo committed countless hours to my training as an electrophysiologist and has always inspired me to achieve my full potential.”

For the investigator award, there were three finalists:

The winner of this year's investigator Mentor of the Year award is Dr. Brant Weinstein (pictured below, with Dr. Constantine Stratakis).

“Dr. Weinstein is someone who can show you what you as a trainee are capable of—and is always leading the lab by example. One of his greatest attributes is letting us make mistakes, learn from them and come out of it not feeling less than we are. Dr. Weinstein is extremely supportive of me developing my own ideas and always fosters engaging scientific discussions both in our one-on-one and group meetings. His mentorship has been crucial in allowing me to grow as a scientist and a person in many ways.”

Congratulations to all of this year’s finalists and winners! 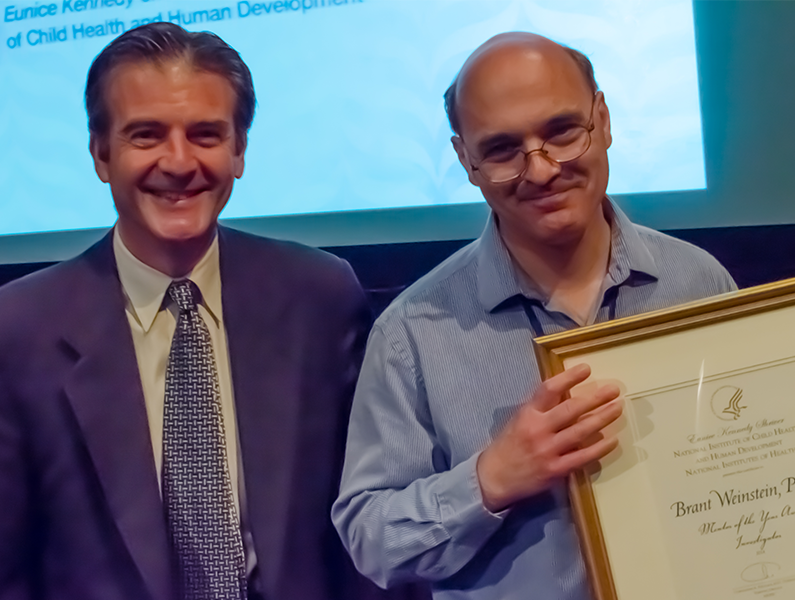