Congratulations to the 2017 NICHD Mentors of the Year 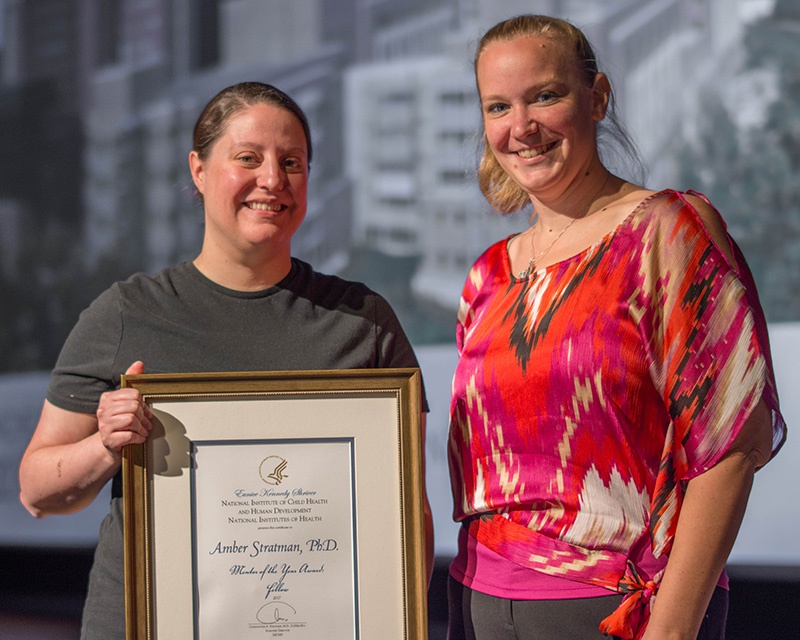 The NICHD Mentor of the Year Award is an opportunity to recognize individuals whose mentoring has made a difference in someone’s life at NIH. The two mentoring award categories are fellows and investigators. Nominations were invited from all trainee groups in NICHD, and each nominator had to write a statement, on which the selection committee based its decisions. The selection committee included NICHD clinical and postdoctoral fellows, graduate students, and postbac fellows.

For the fellow mentoring award, the three finalists included:

The fellow Mentor of the Year winner is Dr. Amber Stratman

For the investigator award, the three finalists included:

The investigator Mentor of the Year winner is Dr. Tamás Balla