Distinct Use of Communication Machinery in the Developing Brain 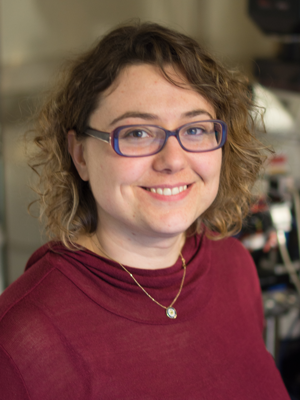 Dr. Gülcan Akgül is an assistant research professor at the University of Connecticut. Prior to her current position, she completed a five-year postdoctoral fellowship in the laboratory of Dr. Chris McBain at NICHD.

Neuroscientists have spent decades studying the anatomy and physiology of the adult brain, by carefully mapping each layer of specialized tissue and poking the delicate assembly of axons and dendrites. But now scientists at the Eunice Kennedy Shriver National Institute of Child Health and Human Development have turned their attention toward the prenatal stages of development, to decipher why specialized neuron communication machinery is present even before brain circuits have formed.

In a recent issue of Science Reports, Dr. Gülcan Akgül and her colleagues in the laboratory of Dr. Chris McBain report a novel role for this communication machinery (an assembly of protein subunits known as AMPA receptors) during mouse prenatal brain development. AMPA receptors have a known role in neuron communication in the adult brain, but Dr. Akgül’s study found that the receptors are also required during the formation of neural circuits—specifically, in inhibitory interneurons.

As their name suggests, inhibitory interneurons can dampen signaling between neurons, controlling how and when information gets routed through the brain. Think of the brain like traffic, urged Dr. Akgül. We use red lights and yield signs to govern car movement on roads, and the brain uses inhibitory interneurons to control information flow through neural circuits. “If interneurons don't have [AMPA receptors], it's very hard for [the interneurons] to get excited enough to fire an action potential to provide inhibition into the brain,” Dr. Akgül explained, but she then became most excited about AMPA receptor’s early role during embryonic stages.

These cellular changes might have implications on learning a behavior later in life. A series of behavioral tests on the knock-out mice uncovered problems with anxiety, learning, and social interactions. To Dr. Akgül’s surprise, the disruption of inhibitory interneuron activity did not lead to epilepsy, as she had hypothesized. She posits that a compensation mechanism might exist to prevent uncontrolled neural activity, given the cellular changes they observed.

In the larger context, Dr. Akgül hopes her work will give scientists a new angle to understand neural activity from a developmental point of view. This study highlights the distinct uses of communication machinery during prenatal and postnatal stages. But of greater significance, Dr. Akgül concluded that a developmental approach “gives scientists insight into how to look at neurological disorders from a different perspective.”