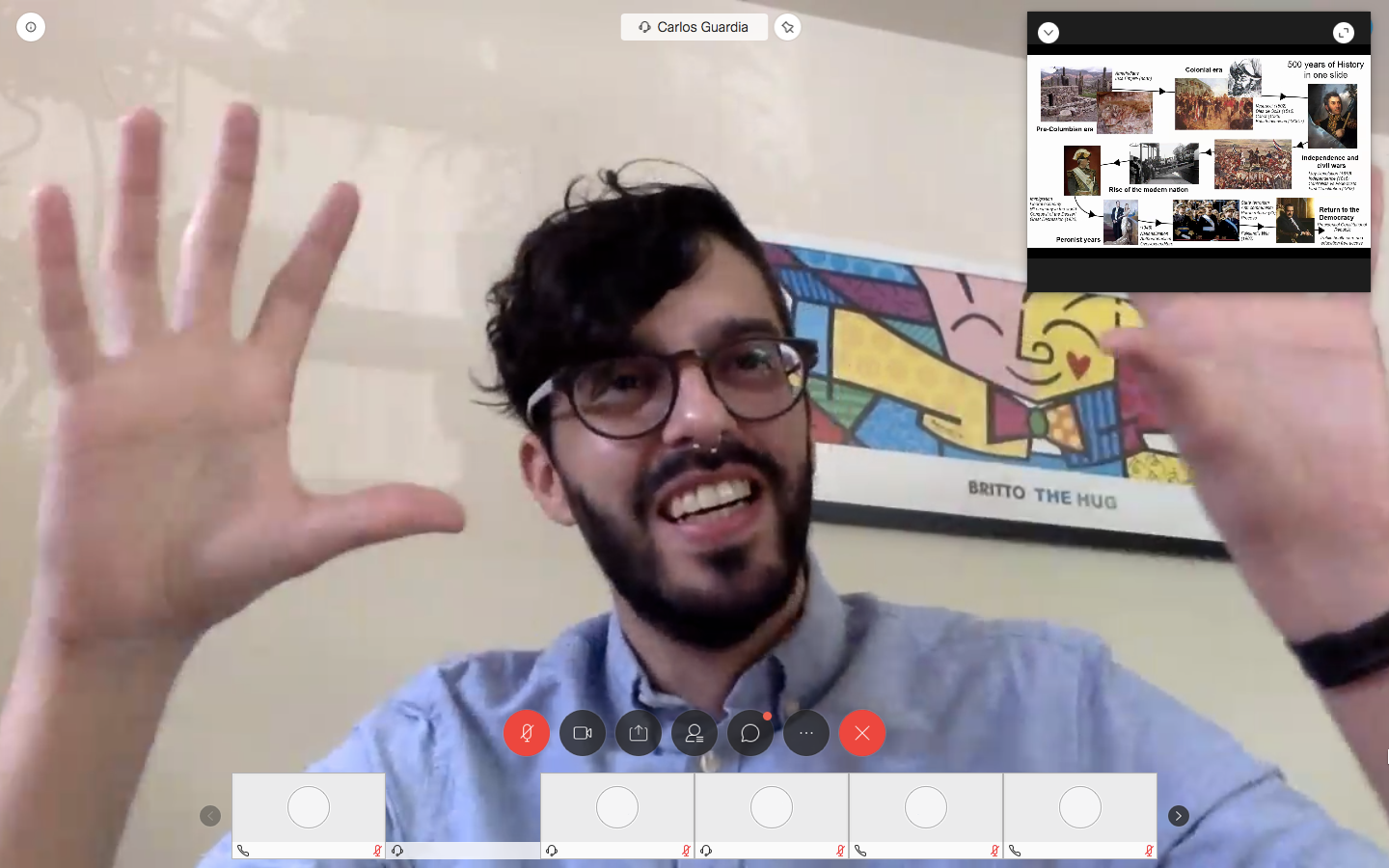 Charly offered several “fast facts” about his home country, including that Argentina has the highest rate of movie viewing in the world—an activity he too enjoys! He also revealed that he tried to learn tango. “But to be honest, it’s a little bit hard,” he admitted. After talking about popular Argentinian foods, such as dulce de leche and the Malbec wine produced in Mendoza, he spoke about Argentina’s politics and economy. Charly highlighted that Argentina was the first country in the Americas to legalize same sex marriage, but the politics of the country are still fragile and have a volatile history.

Neither of Charly’s parents attended college, and when it came time for him to make a career decision, he chose between his talents on the piano and his interest in science. For Charly, the allure of science won out. “The American dream is a reality, for me. With whatever talents you have or you can acquire, you can make it work,” Charly expressed at the end of his session.