The NICHD Sixteenth Annual Meeting of Postdoctoral, Clinical, and Visiting Fellows, and Graduate Students and Postbacs took place virtually on May 25, 2021. Acting Scientific Director Dr. Mary Dasso* opened the day with a welcome to fellows, helpful information about training during the COVID-19 pandemic, successful outcomes from our intramural diversity initiatives, and a big congratulations to our many early career awardees!

*Editor’s Note: As of June 2021, Dr. Chris McBain, chief of the Section on Cellular and Synaptic Physiology, is the NICHD Acting Scientific Director. 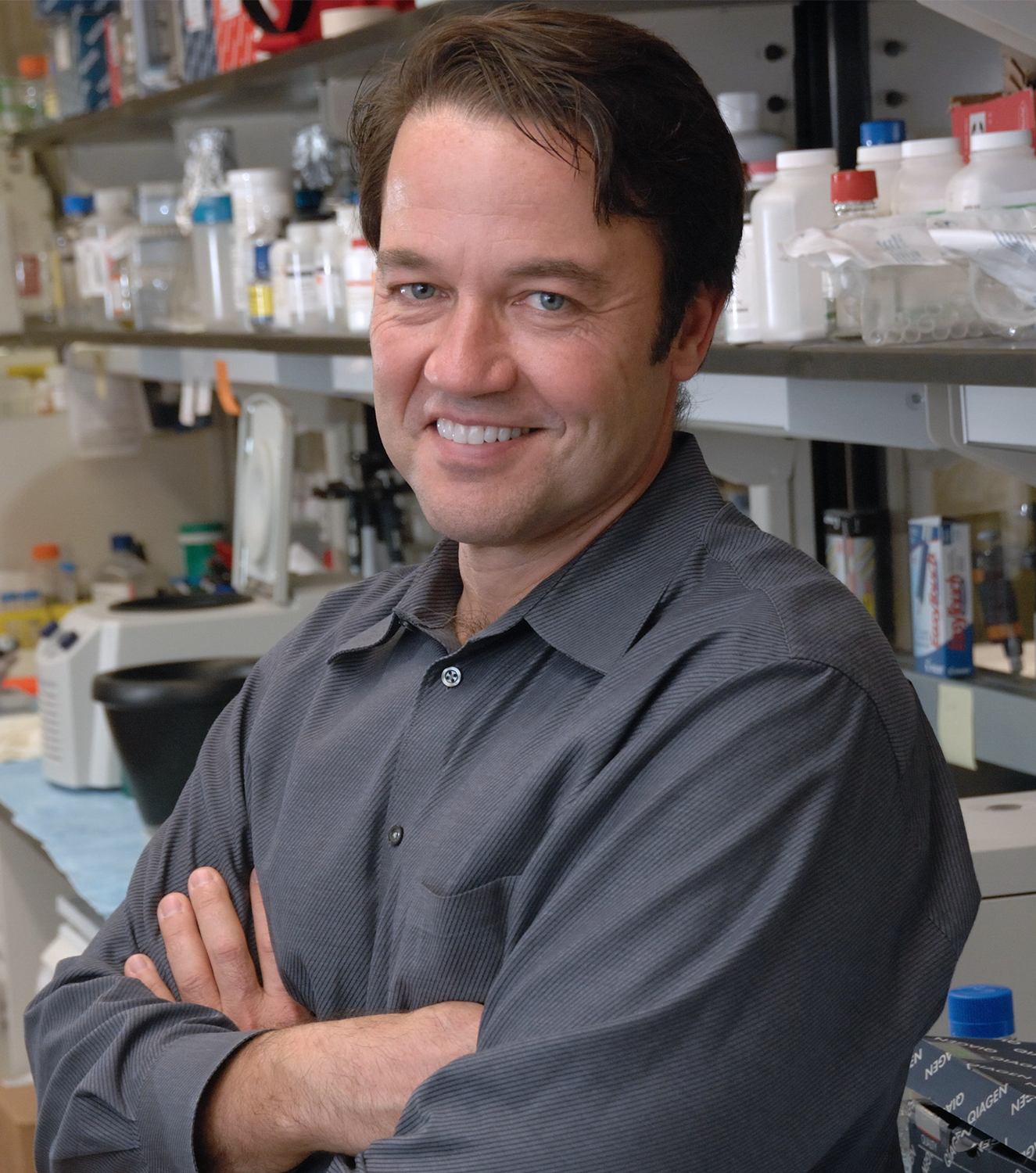 Sickle cell disease (SCD) is an inherited red blood cell disorder characterized by anemia, severe pain, end organ damage, and early mortality. Dr. James Herrick first reported SCD in 1910 when he observed the sickle shape of a sick patient’s red blood cells under a microscope. Decades later, Dr. Linus Pauling identified changes to the chemical structure of hemoglobin, the protein responsible for carrying oxygen, in patients with SCD. Dr. Pauling subsequently coined the term “molecular disease,” with SCD having the first molecular disease designation. SCD affects about 100,000 people in the United States and millions in Africa and India. In his keynote talk, John F. Tisdale, MD, emphasized the urgent need to find a cure for SCD and presented his lab’s progress in developing that cure.

Dr. Tisdale began his talk by telling the virtual audience that “not everything worked” and what he was about to present were just the highlights. He focused on advances in bone marrow transplants and gene therapy as curative approaches to treating SCD.

Dr. Tisdale spoke about two bone marrow transplant strategies: (1) allogenic (using bone marrow cells from healthy donors) and (2) autologous (using a patient’s own cells after modifying the cells with gene therapy). These strategies aim to fix the disease by correcting hemoglobin structure in at least 20% of the cells.

In autologous bone marrow transplants, doctors extract and modify the patient’s own cells. Dr. Tisdale and his colleagues have evaluated several gene therapy methods using viruses to introduce a correct copy of the hemoglobin gene into red blood cell precursors from patients with SCD. He explained that additional studies need to address concerns regarding selection of the optimal virus, cell growth conditions while introducing the hemoglobin gene, and genomic placement and expression of the gene.

With the breadth of ongoing SCD research, “access to and participation in clinical trials should improve the outlook for patients with SCD,” Dr. Tisdale said to conclude his keynote presentation. 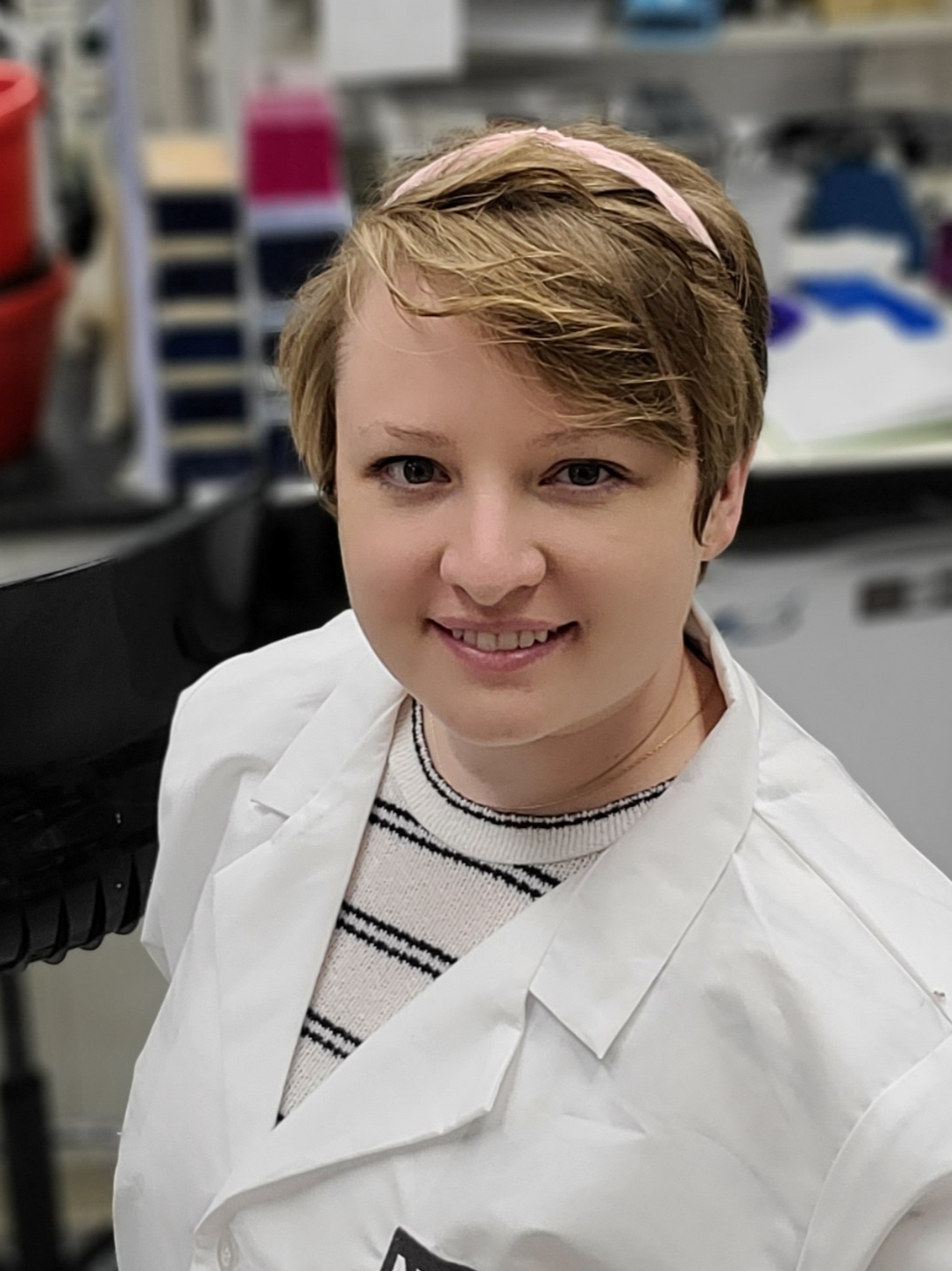 Hijacking is a common strategy employed by pathogens to promote the progression of infection within the target organism. An infectious agent can utilize this strategy by manipulating the natural machinery or processes within a host cell to support its own proliferation. Legionella is a type of bacteria that employs these manipulation strategies. As a pathogen that is responsible for a severe form of pneumonia in humans, Legionella infects host cells by secreting over 300 different effector proteins to establish a Legionella-containing vacuole (LCV). While studying Legionella infection, Stephanie Lehman, PhD, and her colleagues in the Machner laboratory and collaborator Chad Williamson, PhD (NICHD Cell Biology & Neurobiology Branch) came across the surprising discovery that NRas, a type of Ras-GTPase, strongly colocalizes with the LCV throughout the duration of infection. Upon further investigation, they determined that NRas is specifically recruited, among many different Ras isoforms, and is active on the LCV.

Using a CRISPR silencing system, the group was able to identify an effector protein that forms a complex with NRas and is essential for NRas recruitment to the LCV. They have named this effector “defective NRas recruitment” or DeNR. Dr. Lehman’s current model proposes that Legionella secrete DeNR to recruit NRas to the LCV, where NRas activity can promote infection through some unknown mechanism. Future work aims to identify this mechanism and any related effects. 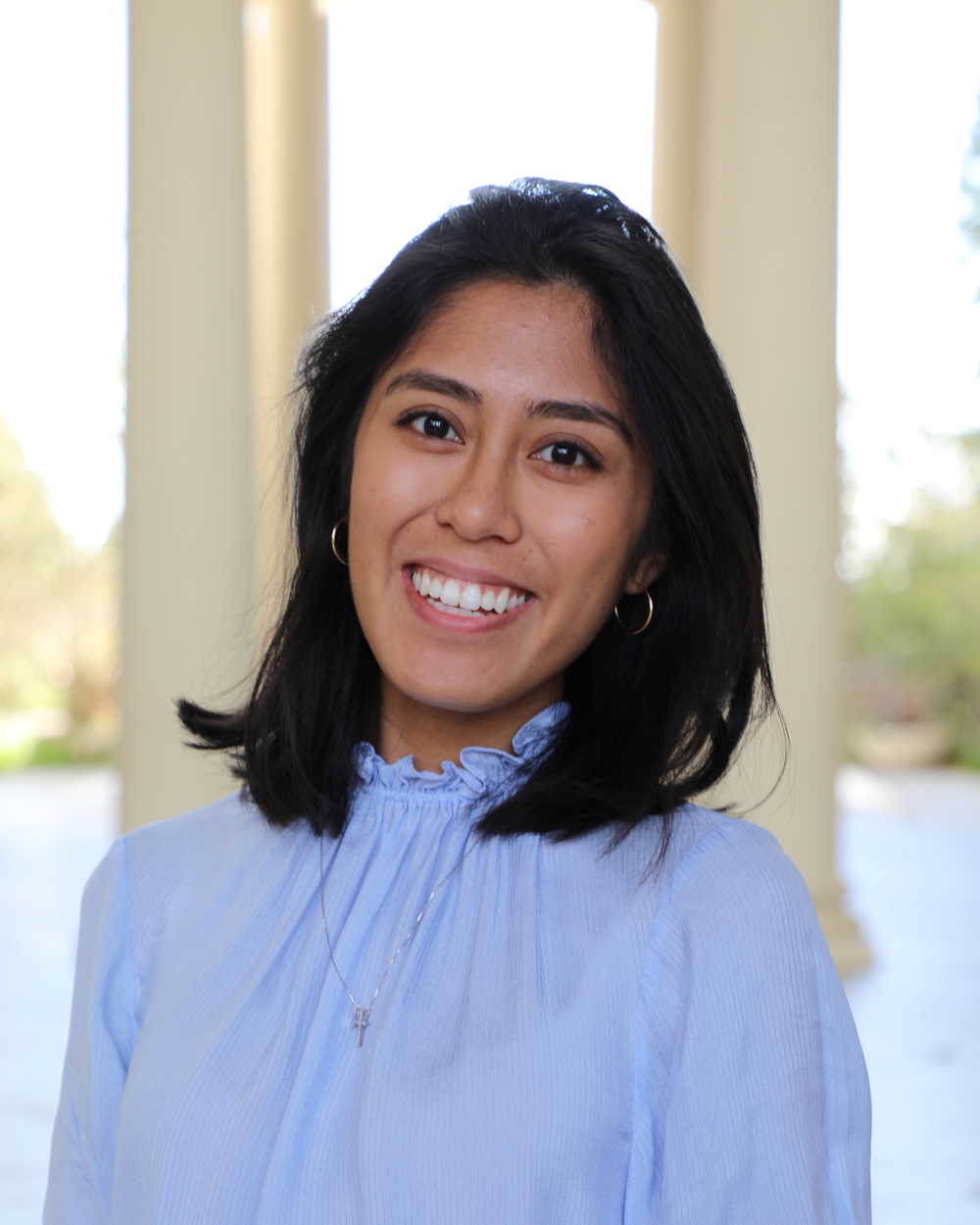 Currently, there are no reversible contraceptive methods available for men beyond the use of male condoms—and men want more contraception options. Development of an oral hormonal contraceptive for men has been a challenge because some types that completely block testosterone can cause side effects that men find unacceptable. Researchers in the NICHD Contraceptive Development Program have been working on a different type of hormonal contraception, called progestogenic androgens. Like other hormone-based male contraceptives, these new prototypes work by blocking sperm production. But will they cause fewer undesirable side effects by not blocking testosterone completely?

Frances Fernando, a postbaccalaureate fellow within the program, evaluated the acceptability of two new oral contraceptives for men, comparing them to placebo groups. After 28 days of taking one of the new pills each day, men reported high levels of satisfaction and willingness to use this medication as their primary form of birth control. These results indicate high acceptability for use of these new oral contraceptive measures, which could lead to more widespread use in the future. The Contraceptive Development Program is also testing new formulations of progestogenic androgens for use as injectables or as a topical gel for men.

Alternate Mechanism of Retroviral cDNA Integration that is Integrase-Independent 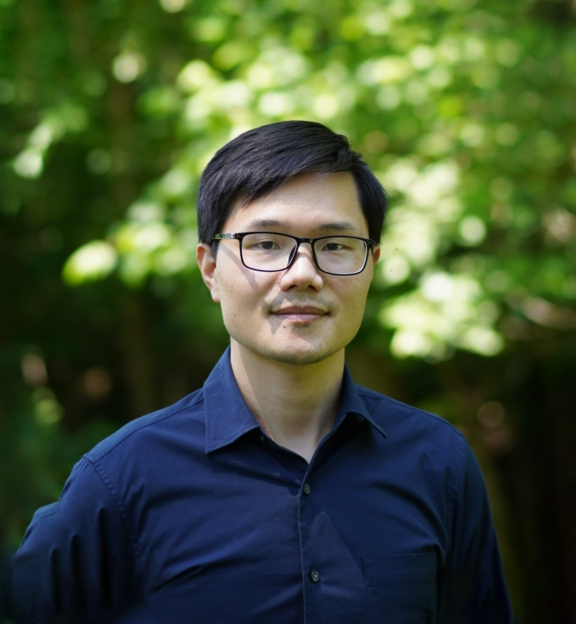 HIV, the virus that is responsible for AIDS, remains a major global health threat that afflicts millions of people today. Current research into the mechanism of HIV infection bolsters progress on finding effective therapeutics. Researchers have been determined to understand the process of HIV cDNA insertion into the host cell genome with the help of viral protein integrase.

Although we know that HIV cDNA integrates into the host genome via the integrase protein, some studies have revealed that retroviral cDNA integration is still possible in the absence of integrase function. Inhibitors of integrase already exist as a therapeutic intervention for HIV, but these inhibitors cannot block the integrase-independent cDNA insertions. To address this issue, postdoc Feng Li, PhD, and his colleagues in the Levin laboratory use retrotransposon Tf1 as a model to study mechanisms of retroviral integrase-independent insertion.

Through library amplification and logo analysis (a bioinformatics approach to analyze aligned sequences), the team characterized sequence patterns of cDNA insertion, leading them to consider a mechanism of homologous recombination. They found that the single-stranded annealing activity of Rad52 is essential for integrase-independent insertions in their model. Dr. Li plans to explore these integrase-independent insertions directly in HIV pathogenesis, which could have significant therapeutic applications in treating and preventing HIV infections. 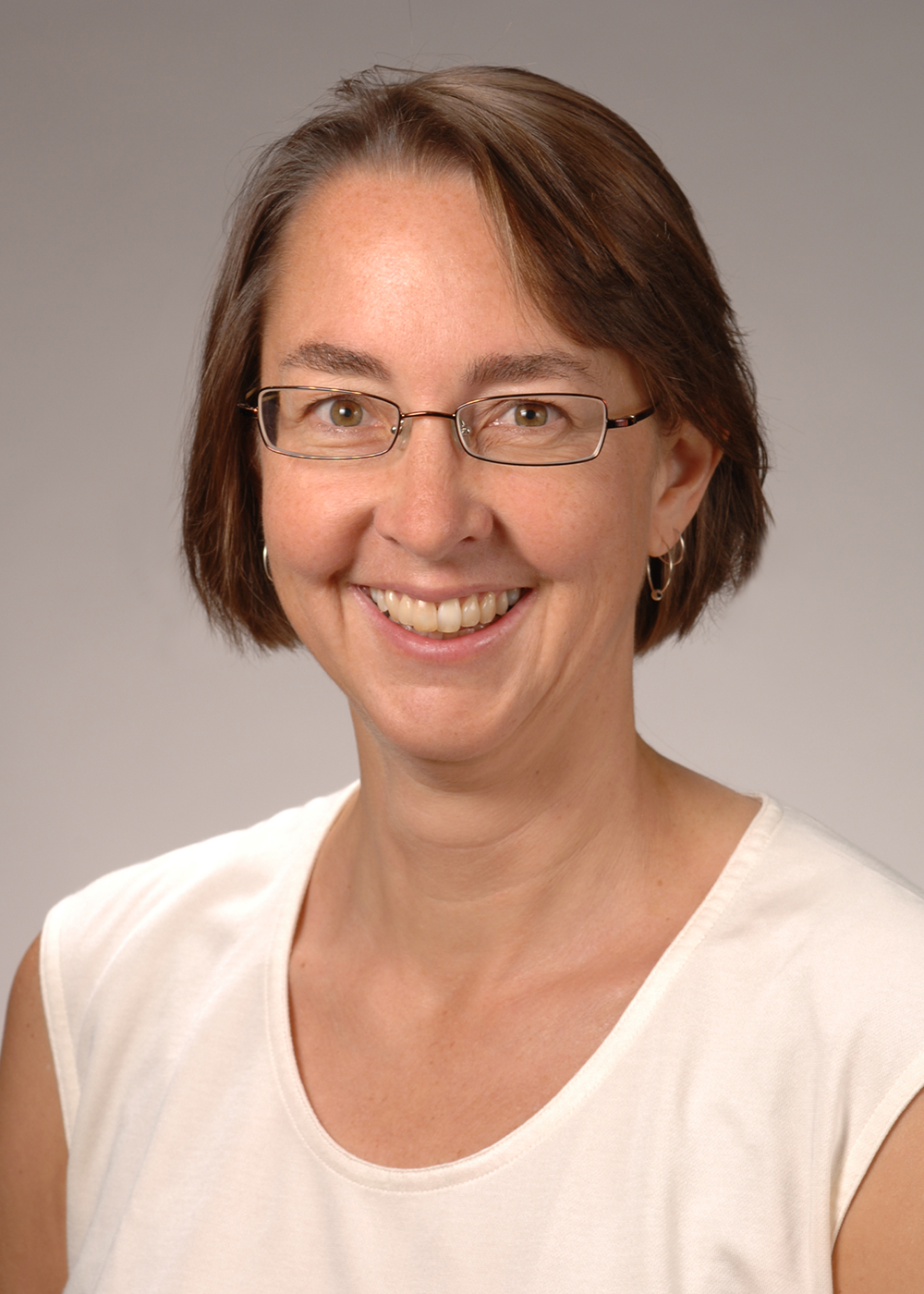 Gisela Storz, PhD, a 30-year NICHD investigator and mentor, delivered an honest account of her scientific journey, from her insecurities to the significance of mentorship and diversity in her life. Embarking on a career in science can be a daunting journey filled with uncertainty and anxiety, particularly for members of the scientific community who experience social and institutional inequalities. Dr. Storz, a first-generation American who struggled through her own encounters with inequities in life, expressed her positive outlook and offered encouraging words to those going through similar situations.

During her talk on battling insecurity and inequity, Dr. Storz articulated the lessons she picked up throughout her career. She explained that insecurity occurs constantly in academia: when questioning one’s intelligence and position in the scientific community or when doubting the relevancy and importance of one’s work. However, Dr. Storz argued that these doubts are part of the process and that battling insecurity eventually leads to strength. She encouraged fellows to capitalize on strengths to pave out a scientific career, but Dr. Storz also emphasized the importance of acknowledging and challenging weaknesses.

Quality mentorship can be incredibly impactful when facing insecurity. Excellent communication with mentors is key. As important as one’s senior mentors are, Dr. Storz said that much can be gained from informal mentors such as peers or junior colleagues. She expressed that such a diversity of opinions can provide unique perspectives and support.

Diversity in science is very important, whether it be diversity in race, gender, and nationality or in scientific backgrounds and institutions. Dr. Storz helped initiate the NIH Equity Committee, which strives to address pay and demographic inequalities in the NIH community by looking at the population data and highlighting where inequities exist. Increasing and embracing diversity, Dr. Storz explained, makes science more interesting and exciting, which leads towards more productive and groundbreaking research. Currently, Dr. Storz advocates for diverse mentorship in scientific institutions and tackles inequalities head on—a feat, she said, that is easier to accomplish when surrounded by scientists of various positions and backgrounds.

Adverse Outcomes for Pregnant Women with Disabilities and their Newborns 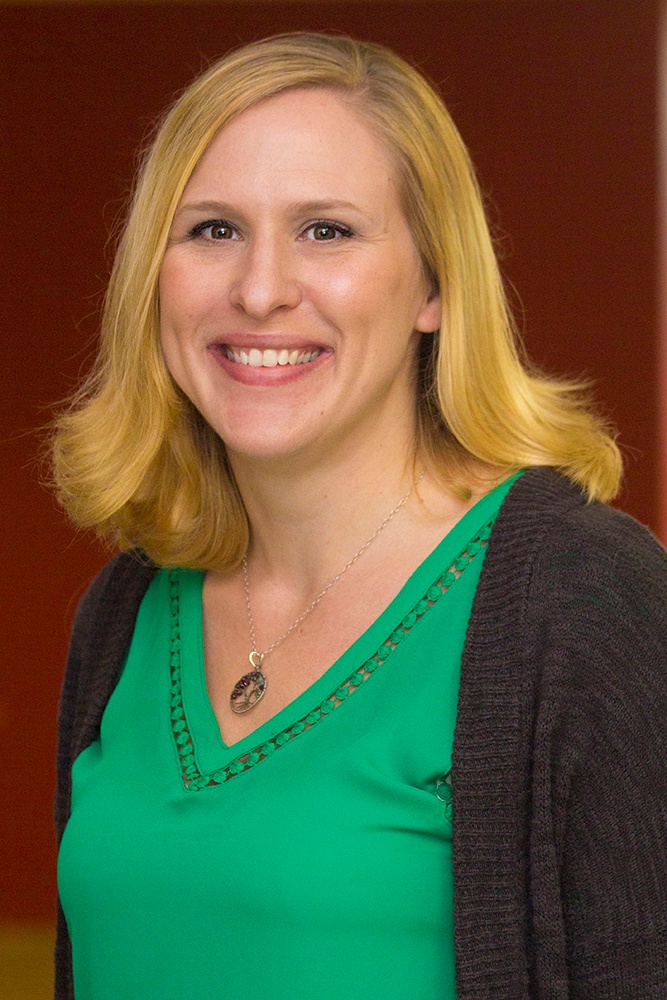 Pregnant women with disabilities and their newborns have a higher risk of severe morbidities and mortality. Much of the increased risk for adverse outcomes stems from high rates of preterm birth in this population, but maternal disability itself directly affects some outcomes, such as admission into intensive care units.

Postdoc Jessica Gleason, PhD, examines health outcomes in this understudied population of pregnant women and their infants. To do this, Dr. Gleason utilizes data from the Consortium on Safe Labor (CSL, n = 223,385) to identify pregnant women with physical, intellectual, and/or sensory disabilities who had singleton births and the infants born to these mothers.

Based on her findings, Dr. Gleason highlights the need to address stigma around childbirth for women with disabilities. She suggests incorporating interventions that target barriers to prenatal care—which is usually delayed in this population—such as improving physical access. Additionally, she advocates for targeted interventions that help prevent preterm birth to decrease neonatal morbidity. Dr. Gleason’s work has implications for future policy updates as well as the implementation of clinical practices that improve health outcomes among pregnant women with disabilities and their infants.

*Ms. Govender thanks Dr. Pablo Vidal-Ribas for his helpful insight 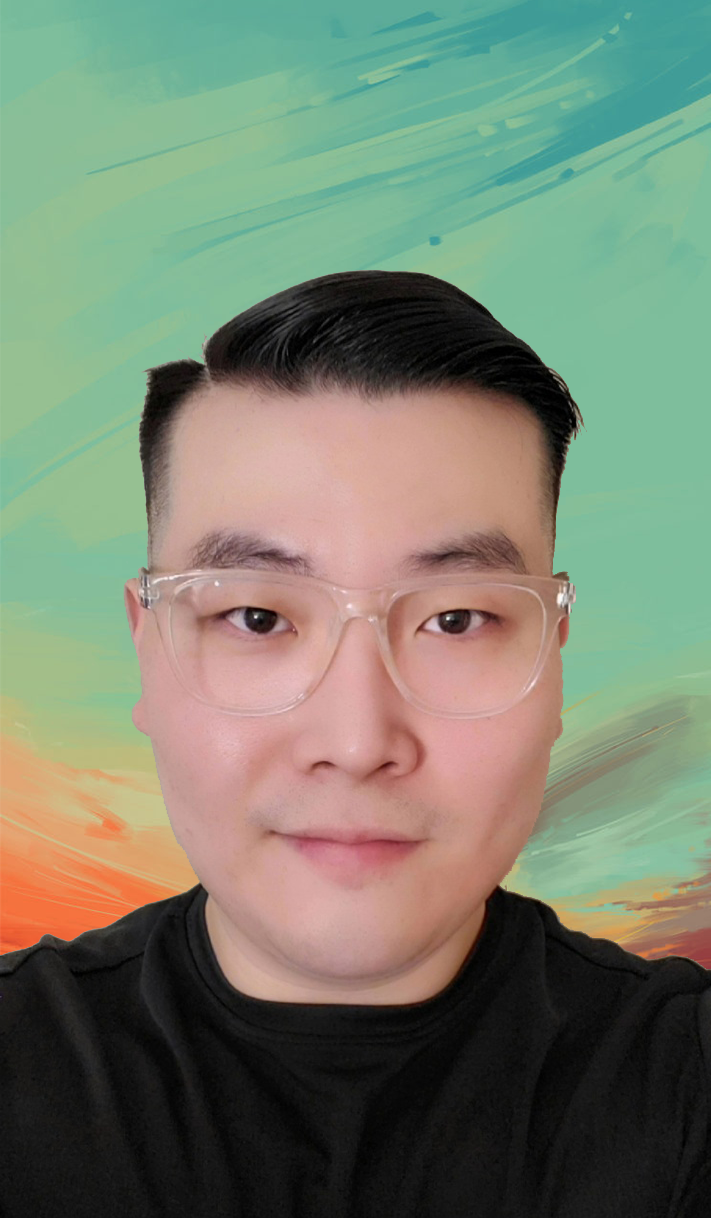 GABAergic interneurons originate in the ventral telencephalon during development and are responsible for tightly controlling the activity of excitatory neurons in the brain. Disruption of their development or function can lead to the emergence of serious neurological disorders such as epilepsy, schizophrenia, and autism. Dongjin Lee, PhD, a postdoctoral fellow in the Petros laboratory, studies the genetic and neurobiological mechanisms behind the differentiation of embryonic ventricle cells into GABAergic interneurons.

Dr. Lee’s work employs several techniques to determine the origination site of different interneuron subtypes in the developing brain. In his current project, Dr. Lee uses single-cell RNA sequencing and RNAscope in-situ hybridization to look at transcriptional profiles across embryonic neurogenic zones within the ventral telencephalon. Most importantly, his work suggests that transcriptional heterogeneity across microenvironments vary between ventral telencephalic regions and within each region. In the context of these results, the diversity of GABAergic interneurons makes a lot of sense. Moving forward, Dr. Lee aims to use the over- and under-expression of candidate genes selected from this study to identify how microenvironment differences affect the fate determination of GABAergic interneurons. 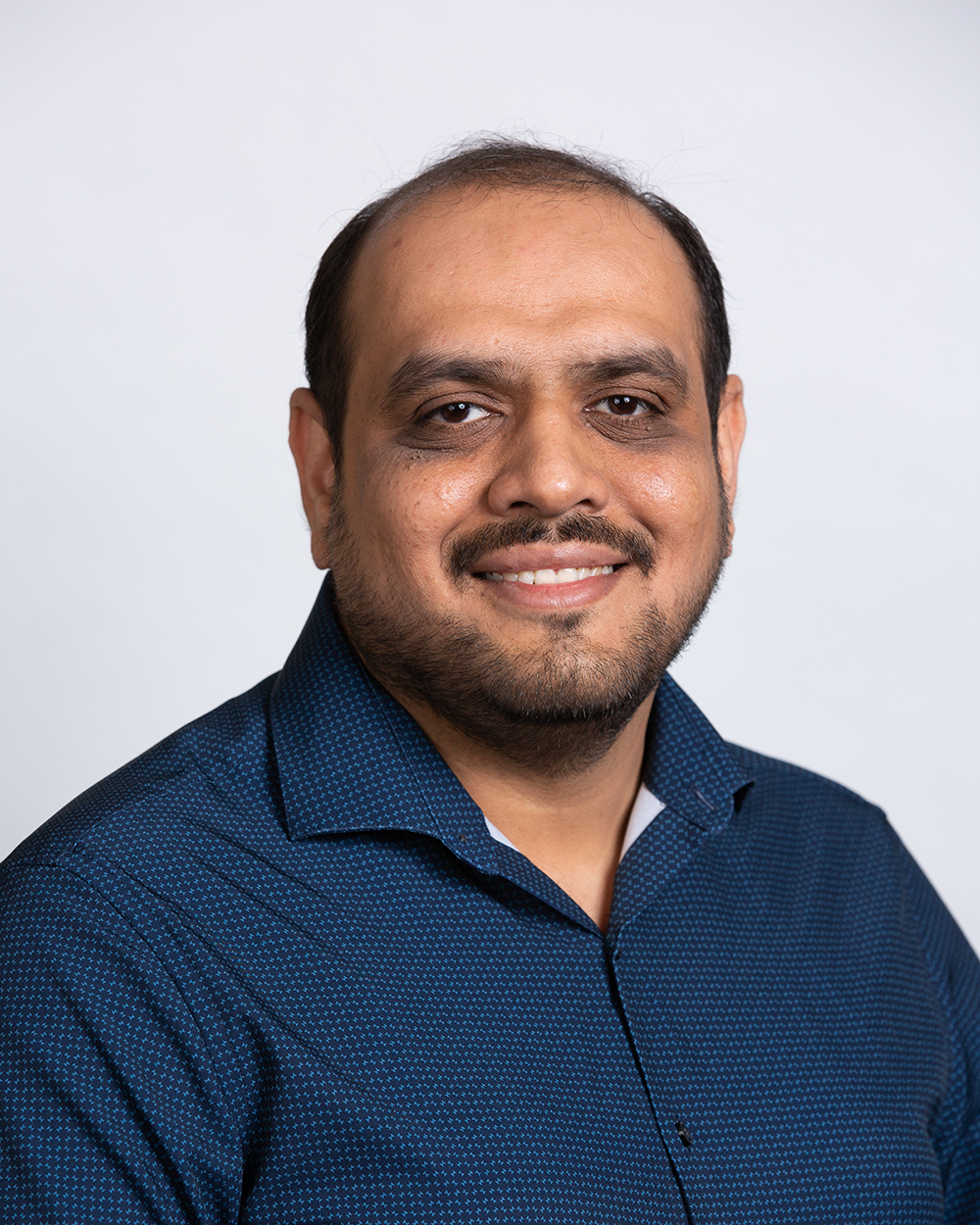 Obesity is a pressing public health issue with far reaching impacts. At the individual level, increased body mass index (BMI) and adipose tissue can change the way immune cells interact with the body’s tissues. These changes often lead to chronic inflammation and increased insulin resistance, which can put people at risk for developing metabolic syndrome and diabetes. At NICHD, Tushar P. Patel, PhD, a postdoctoral fellow in the Yanovski laboratory, is working as part of a team to test whether the anti-inflammatory drug colchicine can block some of the harmful effects of obesity on immune cells.

After three months of taking the drug, participants with obesity in a randomized controlled trial (RCT) had improved insulin sensitivity and lower inflammatory biomarkers than participants who took placebo. Dr. Patel’s analyses found improvements in the types of immune cells in circulation, which might explain the reduction in inflammatory molecules. The long-term effects of colchicine are unknown, but additional research is important as current diabetes treatments can cause uncomfortable side effects. Dr. Patel and colleagues have initiated a larger follow up RCT in 240 participants, including 40 adolescents, to determine if colchicine is a viable preventive treatment for obesity-related metabolic syndromes and diabetes.