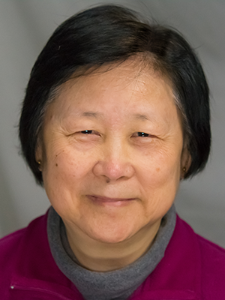 Research in this laboratory focuses on the regulation of biosynthesis, processing, intracellular trafficking, and secretion of neuropeptides and peptide hormones in neuronal and endocrine cells with an emphasis on the cellular organization of these biological processes. Neuropeptides and peptide hormones are synthesized from larger multivalent precursors, and the biosynthesis may be regulated at the transcriptional, post-transcriptional (RNA splicing), translational, or post-translational levels. Through these regulatory mechanisms, expression of the same gene coding for a particular precursor can result in a different set of related processed peptides in different cells. The peptides secreted ultimately dictate the identity and function of that peptidergic cell. Such regulatory mechanisms and the cellular components that make up the biosynthetic and regulated secretory pathway are studied. A recent major focus of the laboratory has been on the mechanisms by which neuropeptides, peptide hormones, and their processing enzymes are sorted at the trans-Golgi network and targeted to the regulated secretory pathway and post-Golgi transport of hormone containing vesicles to the release site. Mechanisms involved and under study include novel conformation dependant sorting signals, sorting receptors and cholesterol-rich lipid microdomains (rafts). The aim of this research is to understand molecular mechanisms of biosynthesis and sorting of proteins to the regulated secretory pathway in peptidergic neurons and endocrine cells in normal and disease states. Such studies have provided an insight into the molecular basis of diseases such as familial hyperproinsulemia and obesity which result from intracellular missorting of proinsulin and cocaine amphetamine regulated transcript (CART) respectively to the constitutive pathway.

2) Role of CPE in Cancer Metastasis 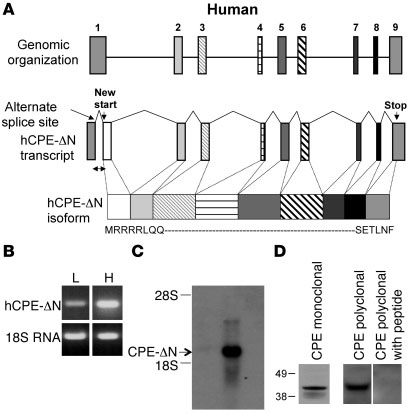 Elucidation of molecules that control cancer cell growth and invasion will greatly facilitate the identification of biomarkers that can predict impending tumor metastasis while providing targets for therapy. Despite the huge repertoire of biomarkers reported to be useful in identifying aggressive tumors and predicting prognosis, for most cancers there is a dearth of reliable markers for predicting future metastasis from biopsies or resected primary tumors. Recently, we identified a new molecule, an alternatively spliced isoform of carboxypeptidase E (CPE-ΔN) that lacks the N-terminus present in the WT CPE. Human tumor cell lines from liver, colon, breast, prostate, colon, head, and neck that are highly metastatic showed higher expression of CPE-ΔN than did matched tumor lines with low metastatic potential. We also demonstrated that CPE-ΔN plays a role in promoting growth and cell invasion in human cancer cells. Overexpression of CPE-ΔN in the low-metastatic human hepatocellular carcinoma (HCC) cells significantly increased cell proliferation and migration by upregulating expression of a metastasis gene. When si-RNA downregulated CPE-ΔN expression in highly metastatic cell lines from breast, prostate, head and neck, colon, and liver, the si-CPE treated cells showed inhibition. In all the tumor lines, suppression of CPE expression led to a 70 to 85 percent inhibition of invasion. In vivo animal studies, mice with the si-scr-HCC-derived tumors developed intrahepatic metastasis and extrahepatic metastasis to the lung while mice inoculated with si-CPE-ΔN-HCC derived tumors had smaller tumors and failed to demonstrate metastasis. Our in vitro and in vivo results demonstrated that CPE-ΔN is a newly discovered mediator of metastasis of several human tumor cells. 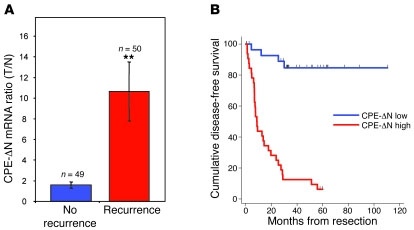 To determine if CPE-ΔN is a useful biomarker for predicting recurrence and metastasis, we analyzed two retrospective cohorts of patients in blinded studies. Using quantitative RT-PCR and Western blots, we measured CPE-ΔN mRNA and protein levels in primary tumors from HCC and colon cancer patients. RT-PCR verified that only CPE-ΔN mRNA but not WT CPE mRNA was expressed in primary HCC or colonic tumors. Using qRT-PCR, we compared CPE-ΔN mRNA in the primary tumor (T) with that in surrounding non-tumor (N) tissue and determined the ratio (T/N). In 89.8 percent of HCC patients who were disease-free one year after surgery, their CPE-ΔN mRNA ratio was less than or equal to 2, whereas 92 percent of patients with extra- or intrahepatic metastasis/recurrence exhibited a T/N ratio greater than 2. Thus, CPE-ΔN is potentially a powerful prognostic biomarker for predicting future metastasis.