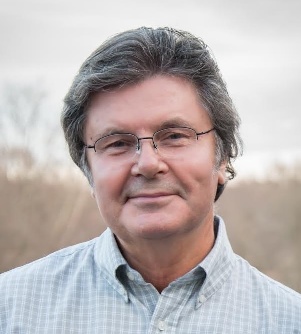 We study mitochondrial and bacterial membrane proteins that form “large” beta-barrel channels responsible for metabolite fluxes between cells and cellular compartments. In particular, we are interested in the physical mechanisms of their functioning and regulation under normal and pathological conditions. Among many wet-lab approaches such as fluorescence correlation spectroscopy, bilayer overtone analysis, and confocal microscopy, our hallmark method is reconstitution of these proteins into planar lipid membranes that allows us to study them at the single-molecule level. Empirical findings obtained in these experiments are rationalized within a framework of a physical theory of channel-facilitated transport that brings understanding necessary to design new strategies to effectively correct the deviant interactions associated with disease.

In contrast to the highly ion-selective channels studied in neurophysiology, which have narrow selectivity filters to match the size of partially dehydrated ions, metabolite, or “nutrient” channels are significantly wider. Indeed, they have to accommodate metabolite molecules that typically are much larger than simple mono- or divalent ions. Because of their size and primarily beta-barrel scaffolds, the mechanisms of the selectivity and gating of these channels are quite different from those of the highly ion-selective channels formed from alpha-helical subunits. To grasp the general principles of beta-barrel channel functioning and regulation, we work with a variety of different proteins and channel-forming peptides.

The channel-forming proteins and peptides we work with include VDAC (Voltage-Dependent Anion Channel from the outer membrane of mitochondria), alpha-Hemolysin (toxin from Staphylococcus aureus), translocation pores of B. anthracis (PA63), C. botulinum(C2IIa), and C. perfringens (Ib) binary toxins, Epsilon toxin (from Clostridium perfringens), OmpF (general bacterial porin from Escherichia coli), LamB (sugar-specific bacterial porin from Escherichia coli), OprF (porin from Pseudomonas aeruginosa), MspA (major outer-membrane porin from Mycobacterium smegmatis), Alamethicin (amphiphilic peptide toxin from Trichoderma viride), Syringomycin E (lipopeptide toxin from Pseudomonas syringae), and the bacterial peptide TisB involved in persister cell formation. We also use Gramicidin A (linear pentadecapeptide from Bacillus brevis) as a molecular sensor of membrane mechanical properties. With the goal to study the channel-forming proteins under controlled conditions, we first isolate them from the host organisms, purify, and then reconstitute into planar lipid bilayers, the model system with precisely defined physical properties. This allows us to explore channel interactions with the lipid membrane as modified by volatile anesthetics, by cytosolic proteins, such as tubulin and alpha-synuclein, and by newly synthesized drugs that act as blockers of the translocation pores of bacterial toxins. Our motivation is that learning the molecular mechanisms of channel functioning is vital for developing new approaches to treatment of various diseases, wherein regulation of transport through ion channels plays the key role.