Thoughts of a Postbac: From Stars to Cells, A Former Postbac’s Journey to Becoming a Physician-Scientist

In our first week of medical school, my new classmates and I were asked to reflect amongst ourselves why we chose to go into medicine. After several long days of orientation, our first instinct was to dismiss it as just another icebreaker exercise. But as I asked myself once more why I am pursuing medicine, I realized how easy it is in our busy training to lose sight of the forest for the trees. So, why do I want to be a physician-scientist? In this “Thoughts of a Postbac” article, I want to share the life experiences that led to my decision to pursue M.D./Ph.D. training, as a perspective to offer to postbacs similarly considering their training paths.

Ironically, my interest in medicine and molecular biology—the study of life’s tiny engines—began with stars, the giant powerhouses of the universe. I was obsessed with astronomy as a teenager. I would spend hours gazing at the night sky, marveling at constellations (yes, I was a nerdy kid). I still remember watching a documentary featuring the astrophysicist and great science communicator, Dr. Neil deGrasse Tyson, in which he said: “We are a part of this universe; we are in this universe, but perhaps more important than both of those facts, is that the universe is in us.” We’re made of star-stuff! This astounding fact that we are all, quite literally, connected by our atoms to a common stellar heritage sowed in my mind an interest in science and a desire to relate more deeply with people in my future career. 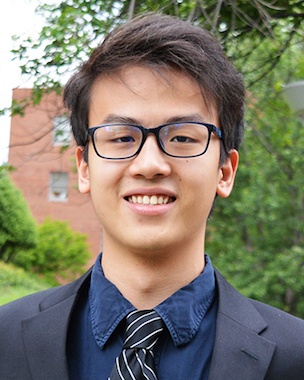 In college, I majored in biochemistry and pursued the pre-medical track thinking it would be an ideal way to fulfill my interest in science and a desire to help others. In the summer after my freshman year, I joined a cell biology lab out of a curiosity for the research process. I loved science as a kid, but I had only a vague idea what scientists actually do in a lab. To my surprise, I fell quickly in love with research. The lab soon become my second home. I enjoyed the exercise of performing experiments, manipulating reagents, and analyzing data to support or refute hypotheses. But, more importantly, I was transformed by the idea that science can answer meaningful questions about real biological processes through the design of well-thought-out experiments. This was my first encounter with discovery and I was hooked.

Still, as I grew more passionate for the lab, I remained equally interested in the clinic, motivated by the human element in medicine. I volunteered and shadowed physicians at various hospital departments where I learned that behind every sick patient is a living story. A 14-year-old boy worried about whether he could still go to school with cancer. A middle-aged woman was burdened by 20 years of treatments for recurrent Cushing’s disease. A 70-year-old man and his wife were dealing with his recent Parkinson’s diagnosis and the prospects of palliative care. These were real people, not just illnesses. But I also learned that with every patient there is a physician that can uniquely care for and relieve suffering, using sincerity, compassion, and expertise. These profoundly human interactions in the clinic drew me closely to medicine.

By my senior year of college, I was torn between a research and a medical career. I was also quite burned-out with school, so I decided to do a two-year postbac fellowship at the NIH to consider both careers more deeply. Looking back, the NIH was the ideal environment to cultivate my career outlook. In the lab of Dr. Henry Levin, studying how transposons integrate their DNA into genomes, I learned how to think more independently and creatively to tackle basic biological questions; I also learned the sobering amount of resilience it takes to do good science. At the same time, by hearing leading physician-scientists on campus talk about their translational work, I learned how much of medicine is still unresolved with persistent questions of how and why disease unfolds. But I was even more inspired by the capacity of basic investigation to steadfastly bridge the knowledge gaps and, eventually, improve our care of patients. Altogether, my experiences at the NIH convinced me that I could not pick either science or medicine, but I had to choose both.

Today, I am training to be a physician and a scientist. I want to someday see patients in the clinic and take their clinical problems into the lab to interrogate mechanisms. I want to translate discoveries into improved therapies and bring them back to the clinic—for the better care of patients. This is why I want to be a physician-scientist.